The Clockwork Mansion Design of The Sexy Brutale

I created the story and all dialogue in the game – as well as general day to day running of the studio along with the other directors, Charles Griffiths (Design Director) and Tom Lansdale (Technical Director).

There were three of us to start with, creating the basic idea and framework in Unity. Then when we had a playable prototype for the whole game, we worked with an artist, Virgil Tanasa, to make the first area more visually appealing so that people not familiar with the game would be able to pick up and play.

With that more polished demo, we approached some contacts in the industry for feedback, including Tequila Works CEO Raul Rubio. Raul offered to publish the game and to have the Tequila Works art team support the game’s development. This meant that we were able to create a much more beautiful final game. In total, there were around 12 employees on Cavalier’s side in the UK and almost the same number on Tequila Works’ side in Spain working on the game together.

We wanted to create fun puzzles that all tied into each other. We had the basic layout of the mansion set up quite early on, and then when we were getting into the specifics of each puzzle we would sometimes add or change the layout to accommodate anything unique that was needed. The hard part was to not let the scope of everything spiral out of control – but also not being afraid to change or move things around if there was a really strong idea.

The whole mansion is connected. If we had a puzzle where one of the characters rang the bell in the bell tower at 3 pm, then that sound would be heard all over the mansion. Everyone in the mansion would then need to respond to that. So anytime we added something big and important like that we had to take into account the knock-ons it would have across the entire game.

The entire game is built inside one interconnected mansion. You “unlock” new areas of the mansion as you play, but then everything still links back together. This means that when you are in one area of the game you might see glimpses of characters up on a balcony or hidden behind a locked door, going about their business. Then, later on, you’ll unlock their story and “mission” and their actions all of a sudden make sense as part of the greater whole.

There are roughly ten areas of the game that need to be “solved” to complete the experience. It was an unusual game to design the puzzles for because everything is tied so closely into the timings of the days. It’s a game about schedules and timings and classic murder mystery, so it was a very iterative process to find puzzles that felt satisfying.

In the very early days, the three of us would develop levels or puzzles on our own over a couple of days, and then present a playable area to each other, so we could get feedback. We worked in Unity, and that was the main way we settled on the backbones for all the puzzles. 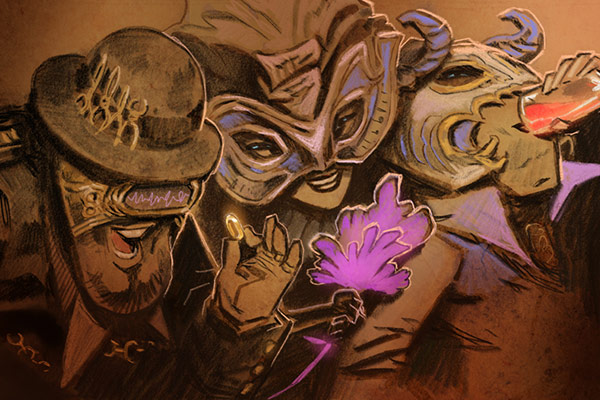 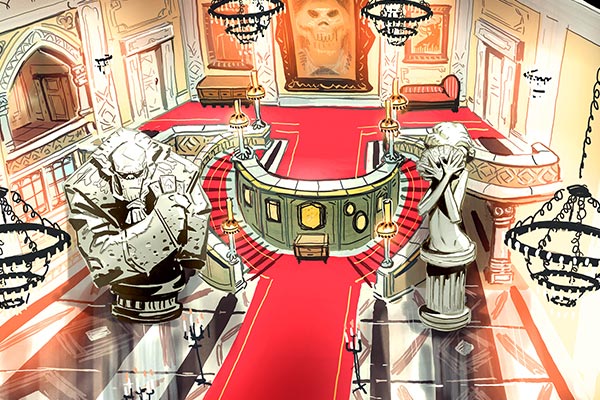 How are Missions Made Rewarding?

Honestly, so much of it was trusting in our own intuition and sense of fun. We had to build the game very quickly in a lot of ways, and there just wasn’t the option of really changing and redoing very much once we set the wheels in motion. So we did some very fast early prototyping, and those prototypes would make sense to us, but they relied heavily on written notes, for example, or someone explaining what was supposed to be happening when the stick-man placeholder character approached the blank box in the empty room and pressed the action button.

We had to say “Ok, this empty room is really a lavish library. And that white box is actually a secret switch hidden behind a bookcase.”

Then we’d be able to play that and get a feel, ourselves, for whether or not the puzzle felt rewarding. That intuition was what we then had to say “Ok, yes” and go with because we just couldn’t do much more testing! Fortunately, we’re all quite experienced and our feelings usually tended to be quite close!

Charles Griffiths (Design Director) was the main designer, but I’m able to answer.

Everything had to tie together, and we weren’t allowed to “cheat.” The same things had to happen at the same time every single day.

Every area also had to try, wherever possible, to have objects and areas that would reveal more information on later playthroughs when you had gained more abilities. For example, in some of the early areas, there were huge spiky treasure chests that the player is not able to open. They are just a mystery. Later on, you save the life of a master locksmith and gain his abilities, which then lets you return to the earlier areas and unlock the chests.

There is only ever one way to save each of the guests, but the way that you figure out HOW to do that was very granular.

Generally, we found that people coming to a new area would try to fill out their map, in a purely geographical sense. Then once they knew what all the rooms were, they might focus on one of the characters that they saw, and follow them around. Then once they’d seen most of what that character did during the day, they might follow another character and learn their day. With that information, they can then start to work out how the victim is murdered, and what they can do to prevent it. Other players would be more intuitive, and simply wander around as the mood took them – they then might see several important things in a single playthrough, which would let them come to a conclusion quicker. Or they might miss all the important things, and have to take another look the next day! 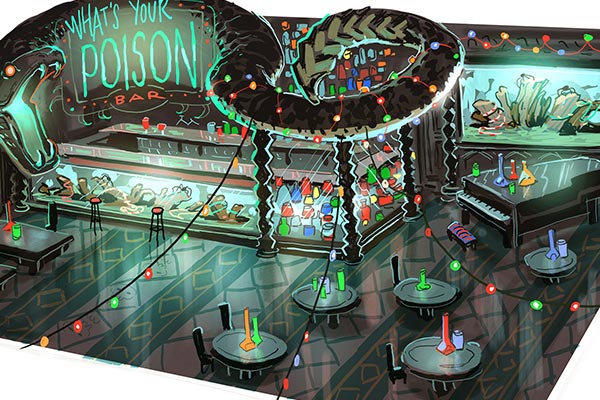 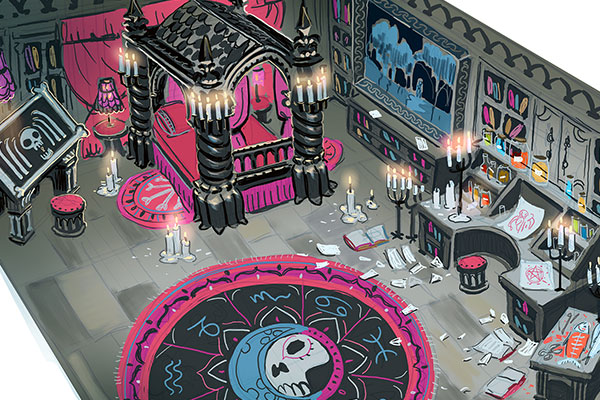 Every level introduces a new idea or ability that seems mysterious when you first encounter it. Then once you have saved the guest’s life and taken their mask, you acquire that ability which then allows you to interact with that level or area in a more meaningful way.

A simple example of that would be coming to a later area with a locked trapdoor that you cannot enter. But when you save the locksmith’s life, you gain his ability to pick locks, so you can open that trapdoor and then progress deeper into the mansion.

That’s a simple example – the powers and puzzles grew more complex as the game goes on.

The Challenge of Tying It All Together

Getting everything to tie together was easily the biggest challenge. The whole house repeats the same events every day, with every section of the mansion ultimately connected once the player has unlocked all the abilities.

So, we had to create and maintain and sense of mystery for the early parts of the level – showing strange things that appeared to have no reason or explanation to make players want to find out the secrets. Then later we had to deliver on those strange events and show the meaning and reason behind them while using them to create further mysteries right up until the ending.

We playtested constantly as much as we could and trusted our intuition and judgment. We “ate our own dogfood” the entire time during development. It’s the only way to know you’re making something worthwhile.

We worked with a very talented company called Lowrider who did all the audio for the game. Everything was integrated via Unity.

Sound has a huge effect on design. The most fun and challenging part of creating the audio for the game was that because every area ran to a “perfect” schedule, we could score the audio for each area just like a film.

That means that we could introduce sinister strings when the murder starts stalking his victim. We could have a full vocal track when the opera singer is practicing. We could do some really interesting and beautiful things because that aspect of the game was so clearly defined and controlled.

We thank James Griffiths of Cavalier Game Studios for talking about the development process on The Sexy Brutale.