Hello, my name is Boris Raguza, I’m a 3d artist and Art Director of Camel 101. I’m one of those rare artists that worked in both the movie and game industry. I’m spoiling a bit of Syndrome ahead, so be warned!

As we all love classic 90s movies, a lot of creature design came from that era. Mainly the movie Virus from 1999. That’s one of my favorite “technology gone mad movies.” There were other movie inspirations like Event Horizon or Pandorum, but more in the environment and story department.

In the beginning, we carefully planned what enemies we had around the ship. Later, we added one particular enemy. I also got inspiration from two movies: Virus and Death Machine, from the 90s.

The ultimate killing machine is the enemy created to hunt down the player, we called it the Beast. The Beast is undefeatable and really strong. In the beginning, we planned for it to break down walls to hunt the player. It was so large we barely managed to fit it into some of the hallways. It had a long neck and wouldn’t fit in narrow hallways and through doors. We had to make him smaller and change his posture.

I have no drawing skills, and we had no concept artist, so I had to create everything from scratch.

Since the project started with no sketches or concept art, I was manly using movie screenshots from several movies as inspiration. I had to think of a way to make them scary and disturbing to the player.

It came all from my mind.

The creatures we see during the game were all created by an advanced intelligence in an assembly line inside a ship. Since the resources are limited, the creatures are created with whatever is inside the ship. One part human, and the other part machine with bare metal or equipment parts.

Limbs are mostly removed and replaced to be more effective.

Each enemy was designed to have a different skill or strength. The first creatures the player finds walking through the corridors are more humanoid and relatively slow and weak. These are the least altered/augmented creatures.

Later on, we see more heavily modified creatures with special skills. The scorpion-looking creature has a head on his tail to see everything and can cloak to become the perfect hunter. Or the blind creature with super hearing has twin blades as arms and can run really fast. 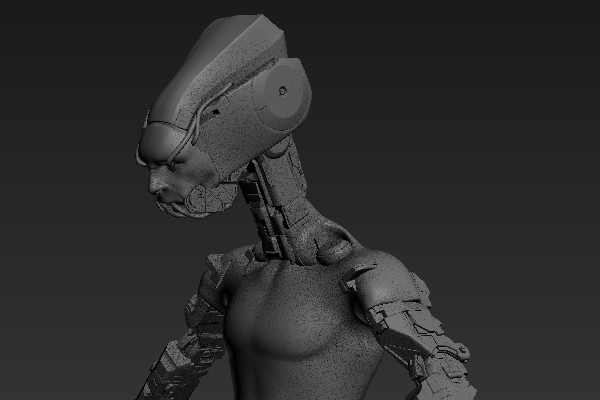 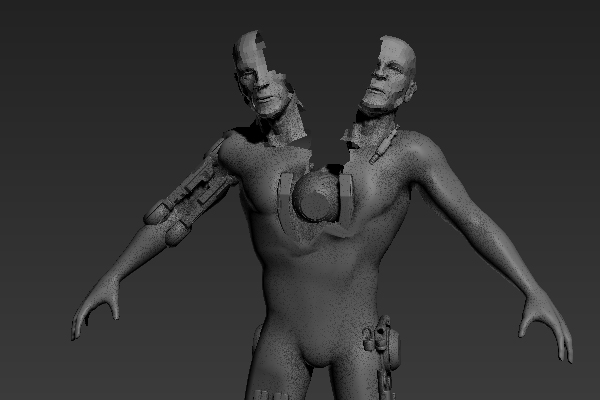 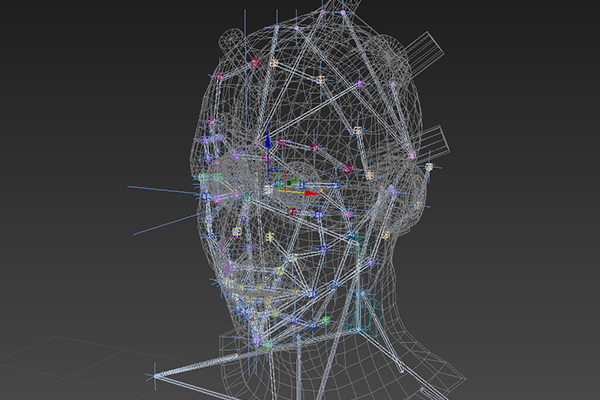 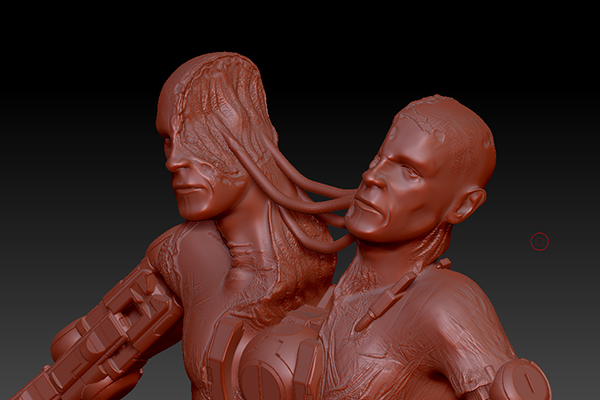 The best creature design is one that blends perfectly with the environment. Not just visually, but also behaviorally.

We created our monsters with parts found on the ship, so nothing looks out of place. A small detail, but enough to break the immersion. Concerning behavior, some of our creatures’ limp, others have a mechanized walk. They were freshly assembled with human and metal parts, and the process wasn’t perfect.

Artificial Intelligence: The Tools and Challenges

The A.I. was developed on a Windows PC, Nvidia Geforce 660GT, using Unity 5.2.3p3, programmed in JavaScript. The A.I. is a huge FSM (Finite State Machine) with quite a large number of conditions: over 30 different conditions that need to work combined.

It’s a complicated and daunting task to make everything work in a way that somehow looks intelligent to the player.

We wanted to give the enemy creatures some form of intelligence, but not so much it would become impossible for the player to evade them. The player is already outgunned and outmanned, so the best weapon he has is his wits.

Most of the time, the creatures patrol, but they can be attracted to other places. Throwing a bottle against a wall, for example, will create a distraction, attracting the creatures. Upon hearing the noise, they will go to that place to investigate. They will also follow a player while they have a line of sight. If they lose the player, they’ll give up and go back to their patrol route.

This is the most basic trigger. Another one is the distraction by creating noise, as mentioned above.

When the creatures hears something, they change from patrol mode to investigate. If they find the player, they’ll change to attack mode, or else they go back to patrol mode.

One of the most complicated mechanics a creature needs to perform is hunt the player and stop (to look around) when the player hides inside a closet. It seems simple to do, but if the player enters a closet while in the creature’s light of sight, then the A.I. moves next to the closet and attacks the player. 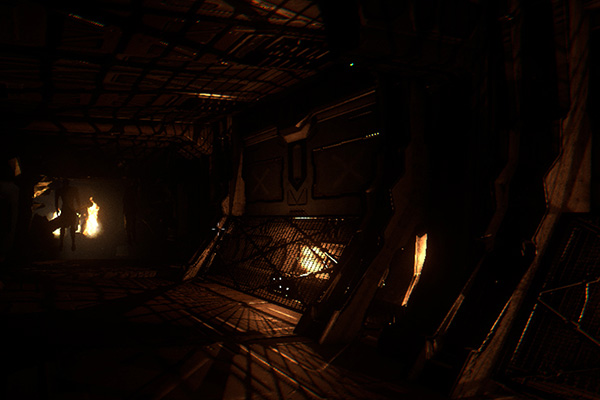 It sometimes happens in production where things don’t work, so they have to be adapted or changed. Some ideas are great on paper or concept, but won’t work inside the game.

It happened a couple of times, but instead of scrapping a creature, we modified it to be something else.

We didn’t scrap anything for this project; mostly we reassigned it to be something else than originally intended. The budget was limited and the team small, so we carefully planned everything to make sure there wouldn’t be any wasted assets, which also means wasted time and money.

Most fun to work on?

The most fun for me was polishing and detailing the models. We work for next-gen devices, so everything has to be Physically Based Shading ready. Human skin and metal have to feel as real as possible. Using full physically based rendering was new for this project and me.

We used both Quixel tools and Substance Painter for the characters and levels. Each of these programs has their strengths and weaknesses and using them was fun.

What excites you as a developer?

From a developer’s perspective, it’s never easier to make games. Anyone can access a powerful game engine or tool to make a game. A game company developing its game engine is not an asset anymore. It’s now cheaper and faster to buy these tools.

I love new technology and I’m excited with VR, but right now I feel it’s a bit limited. New tools need to be developed to play fast paced games, where the player is not just standing. Every game I’ve tried in VR feels like a shooting gallery. The player is fixed in a point. I’d say some leg gear needs to be made so we have games where the player can move around.

The next generation of game engines will be interesting, as they’ll soon have the rendering capabilities of some classic 3D programs like 3d Studio Max or Maya. Real time ray tracing and fluid simulations are already possible.

So, I think in the next 5-10 years we’ll have games that look more like movies than movies themselves.

It’s extremely exciting for someone who came from the movie industry to see what’s coming next.

We thank Camel 101 and Boris Raguza for talking about the development process on Creature Design and A.I. in Syndrome.