Hi! My name is Guillaume Boucher-Vidal, and I’m the lead game designer on Outward and the CEO of Nine Dots Studio.

The point has always been to make the player believe that he is an adventurer, to keep him immersed in our world. The survival elements are meant to make the experience more complete. Adventuring shouldn’t only be about combat. I don’t know what it’s like to hunt a dragon, but I know what it’s like to be hungry, tired or cold. We want the player to think like the character would, and adding factors closer to real life contribute to the immersion. There are basic needs such as hunger, thirst, and fatigue, avoiding and treating illnesses, the logistic of carrying inventory through a backpack and the environmental hazards such as cold and heat, poisonous plants and spores, etc. So the player needs to find food, set up camp to sleep and use the appropriate gear for the situation.

First, we’re not constantly harassing the player about it. Just like in real life, you can go for multiple days without eating or drinking water. Outward has survival elements in it, but the game’s objective is not just to survive. Outward is a roleplaying game first, a survival game second. If you’re hungry, you get penalties, but you don’t die within a day. If you kill a deer, the meat it provides can be enough to sustain you for a week, but maybe you’ll prefer smoking a part of the meat for conservation for your trips and sell the extra to the nearby village to buy better gear or to repair your equipment. Resources are scarce, but not so scarce that you’re constantly on the run.

The beauty of a roleplaying game is that you progress. At first, survival will be difficult, but as you get better, both as a player who knows how to play and as a character with increased levels in particular skills, the game will migrate to be more and more toward optimization and less about pure survival. At first, the challenge comes from ensuring you have enough food to survive. Eventually it will be about eating the right kind of food to stack up the bonuses needed to tackle on a harder dungeon and stay in peak condition throughout. 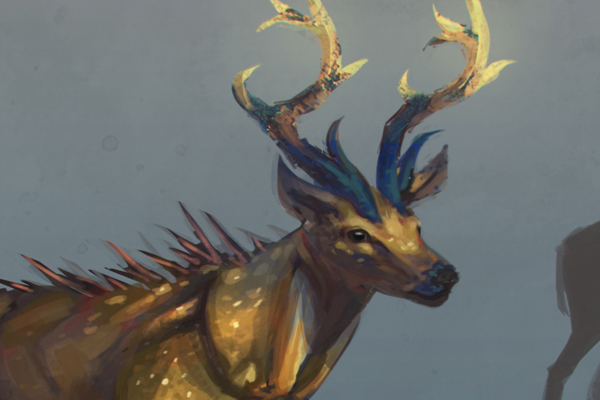 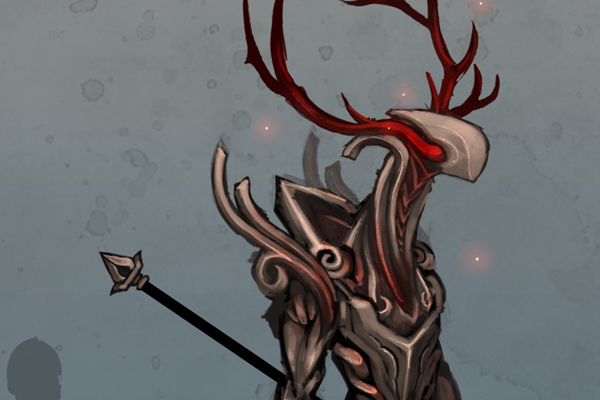 The world of Outward

The type of danger changes according to which regions you’re in. In the desert, there aren’t as many monsters as in other regions, but the heat and absence of water offer a particular type of challenge to the unprepared. In the marsh, the temperature is not so much a problem but there are more hostile creatures lurking around, and there are poisonous spores in the air. Dungeons, on the other hand, are more challenging in general than outdoor regions, but they either are necessary to explore to complete quests or to obtain more valuable resources and gear. Moreover, a difficulty isn’t scaled to the player’s level, so you always have an incentive to improve your character’s skills and equipment if you want to see all there is to see, and the most efficient way to do so is by facing challenging areas.

The first step is identifying where it is physically on the game’s world map. Our story and world is based on a lot of geopolitics, and we use that as one of our starting points. Then we identify the different biomes that we think we can pull off well from a technical perspective and choose one appropriate to the location. Then there’s some time spent with the team to figure out what would be the distinctive features of our environment that set us apart from similar biomes in other games. For instance, in the desert, we were wondering what would make it stand out, and we decided to go with large buried statues and boats, and humongous insect hives. Landmarks are especially important since our maps won’t tell you where you are standing, you will need to look around and use the landmarks shown on your map to figure out where you are. After that, we draw a crude map of our design intentions, and let the artists make it a reality.

We use reference material for sure, but we’re not trying to mimic something that already exists. We’d rather mix different elements and find something that would be our own than to imitate. There is a rocky cape with purple vegetation, a sand desert that buried statues and boats, a field covered in ancient ruins, a marsh filled with bioluminescent plants and more. There are caves, ruins and castles to explore, and towns with different types of architecture and population density.

The world of Outward is meant to be so hostile that its inhabitants rarely go outside the walls of their town. As such, the towns are meant to be a safe haven and the exterior is meant to simultaneously instill a sense of wonder and threat. There are a lot of ruins of settlements that did not stand the test of time, reminding the player how dangerous it is out there.

The world is divided into regions of about 4 square kilometers, each with a different type of environment. The player can’t use fast travel to skip these explorable regions, however when switching to another area you need to have enough food and water to make the journey to your new destination. If you want to go from one town to another, you need to exit the town, go through its whole region, then skip to the next region if you have enough resources, then get through this whole other region before getting to the other town.

One big challenge will be for us to convey that our game is an RPG first, a survival game second. We have stories and quests; we have character progressions, and we have dungeon delving. The survival elements are meant to supplement the experience by adding credibility, making you feel like you’re really in the shoes of your character.

But I know Outward won’t be for everyone. We’re not trying to make a game for everyone. I think a lot of RPG players have been looking for something like what we’re offering, but others will be turned off by the survival elements, and that is fine with us. We’re a small team, and we don’t need to sell millions of copies to be successful. We’d rather focus on pleasing one group of gamers than try to please everyone a little bit and miss our shot because we spread ourselves too thin.

We thank Nine Dots Studio for talking about the development process on Outward.