The Journey Down: Chapter two

Moody Environment Designs in The Journey Down: Chapter Two

I’m Theodor Waern, aka Theo. I’m the guy who originally wrote, painted, scripted, and implemented the first freeware version of chapter one of The Journey Down. Nowadays, however, I share the tasks of writing and designing with my two colleagues, Henrik and Mathias. The tasks I do on my own are mainly related to backdrop design as well as working on basic movie shots that don’t require any complicated character animation.

The second chapter of The Journey Down largely takes place in a gloomy port town called Port Artue. The aesthetic is inspired by the American 1940’s with a strong film-noir big-band type vibration, blended with a touch of On the Waterfront. To add to the flavor, we’ve also thrown in a lot of central African patterns to adorn the environments in everything from billboards to facades. 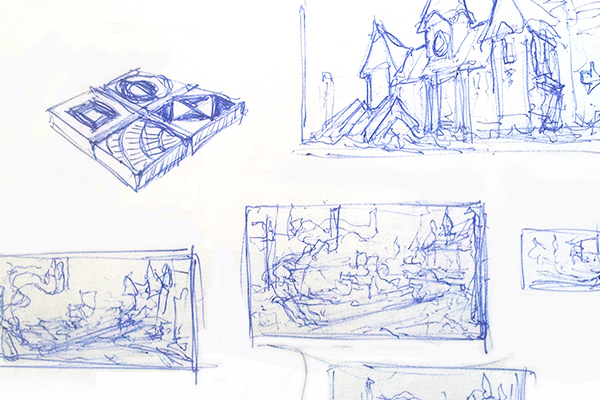 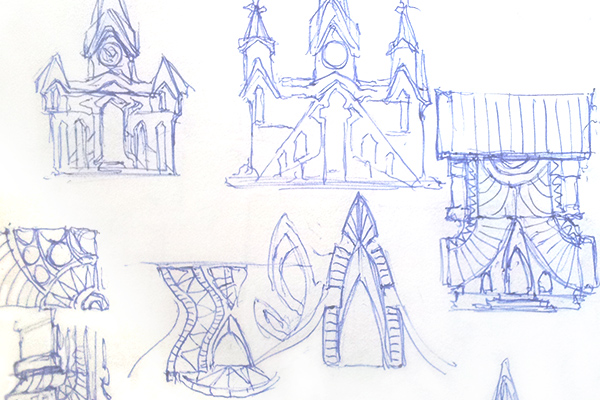 I spent a lot of time Google-imaging the U.S. in the forties, but I also looked at my hometown of Gothenburg, which has a strong history as a port town itself. As for the African patterns, I stole a bunch of books from my late grandfather’s art history library that I take a lot of inspiration from. African patterns are very Google image friendly. 🙂

For the Port-Artue part of the game (which takes up 80% of the playtime), I decided it was important never ever to have a static scene but to try and keep the environment as living as possible, be it drifting fog, a smattering of rain, or cars driving by in the background. We wanted the city of Port Artue to feel like a living thing and sticking to this guideline helped us pull this through.

Also, for contrast, the majority of Port Artue was supposed to feel a little bit hostile, so we steered away from warmer colors unless the player visited a room specifically designed to give off a warm feeling. This made the gumshoe P.I. part of the game feel all the more exciting and the warm rooms and friendly characters even more lovable.

We start off adrift in the mist, then we hit central Port Artue, make a brief visit to a desolate office, come back again, and then finally hit the bright beach in the epilogue for maximum contrast. The mist is desolate. Slow drifting clouds. A sense of foreboding and hopelessness. The city of Port Artue is exciting, intimidating, and full of people who are after you. The epilogue is relaxed but vibrant, full of life with the soothing sound of waves crashing on the shore. 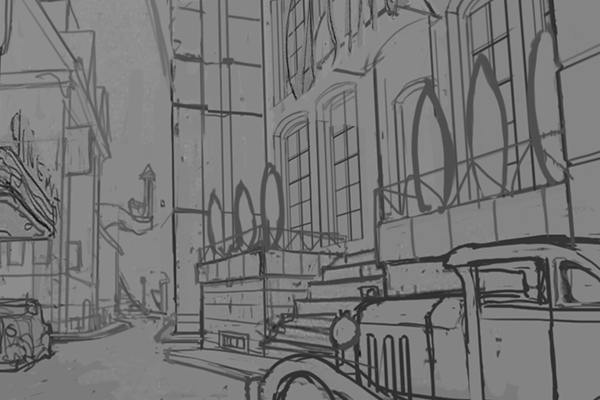 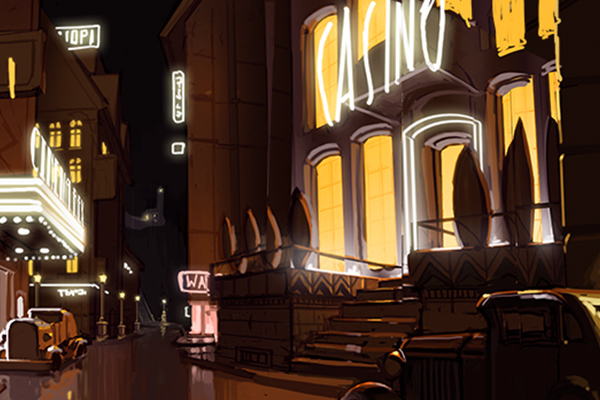 By far the biggest challenge was the highly dynamic nature of Port Artue. When we first arrive the city is shrouded in mist, in the next part the mist has cleared, but it’s raining. In the third part, the rain has cleared, and the sky is clear; the stars have come out. If it hadn’t been for all the other dynamic bits of the game, this would have been trivial. But combining these dynamics with the fact there were things scattered all about the city that could be in different states, at different moments in time, created quite the Boolean nightmare.

The lesson learned is to try and make environments less dynamic and perhaps simply reward the player with progress to a separate room, rather than the same room, in a new state.

The geography of Port Artue radically changed hundreds of times as the puzzles took shape and as testing proved the various designs to be either great or horrible. Point-n-click adventure development requires room design and geography to be flexible. It’s just impossible to know, as you start out, whether a design is going to work or not. Only testing can tell, and more often than not, the testing yields edits.

We seldom scrap environments for any reason other than they become obsolete in the design. Sometimes we merge two environments into one, throwing out one of the two. In this example, the actual phone booth moved to a different already existing room, and the fence moved to another. Thus this “phone booth” room became obsolete.

I think the Arnie’s Back Alley might be my favorite, but I’m madly in love with most backdrops of TJD2. I think the Back Alley qualifies as my favorite for a couple of different reasons, one of them being I never felt its design had to be sacrificed for gameplay in any way, which is a problem many of the other backdrops suffer from. Another thing I like is it has stuck with us a long time. The Back Alley has always been part of the design, one way or another.

We thank Skygoblin for letting us discover the development of creating some the stunning environment designs in The Journey Down: Chapter Two.