The Papercraft Art and Animation of Book of Demons

My name is Maciej Biedrzycki. Along with Filip Starzyński and Konstanty Kalicki, I’m one of the three Thing Trunk founders. We’re a small indie team (7 people in total), so everyone has a lot of roles on the project. Apart from things like design and programming I’m deeply involved in the creation of the series art-style. I guess you could call me an art director as my primary task was to make sure everything fits together.

Our previous games were almost exclusively casual downloadable titles (HOPA, match-3, etc.), and although the art styles were high quality, it was never as complex and demanding as what we tried to do with Return 2 Games and Book of Demons. It was all new ground for us. That’s why it took so long to create something satisfactory.

We had a very long (about a year and a half) prototyping phase where we developed playable prototypes of the first four games in the series. We initially focused on gameplay design and the visuals were crude. Sometimes it was untextured boxes.

Book of Demons has been in development for over three years. The primary goal was to establish a name for Thing Trunk and build a solid foundation for future Return 2 Games series development.

Papercraft and determining an Art Style

When we started, we didn’t have an in-house art department. We worked with external studios and freelance artists and looked for someone to help us nail the style. We needed to create a solid foundation for the production phase. It was very trial and error, and it took us multiple attempts before we found someone who actually wouldn’t get lost in all the (often contradictory) requirements and expectations. It was the SuperGenious art studio, and we worked with them for half a year to create screen mockups for the first few games in the series.

Papercraft was the only idea we had that matched all of our criteria. Plus, it can look awesome when executed properly.

We were very methodological in our search for the art-style. The very core of our idea was to make a series of games that brought back the memories of playing the best games from the 90’s and do it in a way accessible to a modern audience. So we defined four goals for the art style:

We had many games of different genres and themes, and we needed a way to make them all look distinct, yet part of a larger series. We also wanted the style to be simple (as in reduced complexity) and a bit vague, nonexplicit, so players’ imaginations would kick in. The old games had low-resolution graphics, but we didn’t want to go the pixel art way; we thought it over-exploited and associated with low-quality indie games. 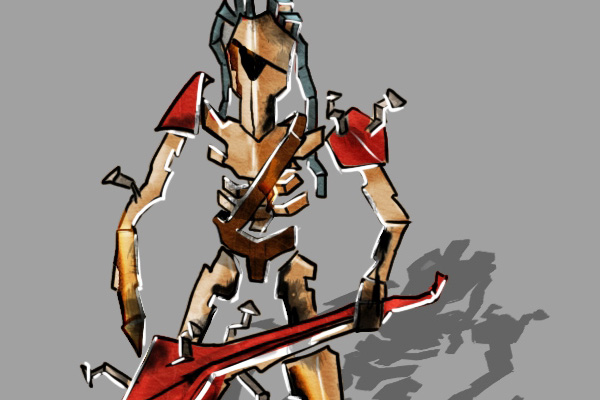 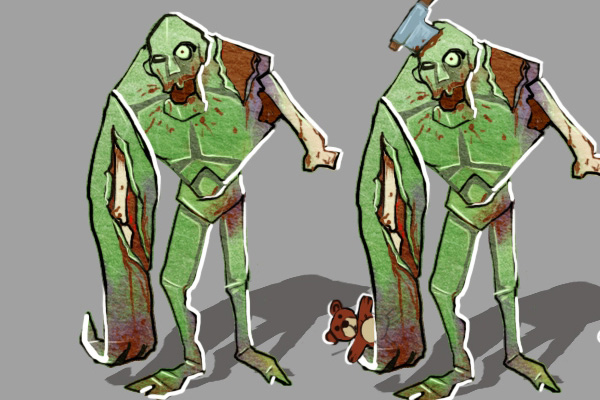 What were the criteria in making Book of Demons visually appealing for the masses?

That’s a very tough question because it spans so many areas and it really can’t be answered regarding developing visuals. This is where our casual game experience proved invaluable. We explored a lot of avenues when it came to execution and details, but it was easy to drop the ideas which were too hardcore, cluttered, or unreadable. On the other hand, we had to make sure we didn’t end up casual, or even childish, which would make the games a ‘no’ for hardcore players. So this was all hundreds or even thousands of small decisions always balancing between hardcore and casual expectations.

We started to find ways where we broke rules we set up in the concept stage. Some parts like GUI element or particular special effects didn’t work well on paper and figuring it out was a big part of the work

We had to bend the rules a few times, especially since Book of Demons is a 2D game and this imposed several limitations. We have a fixed camera, and the lighting is burned into the sprites, so the shadows and depth are fake most of the time. What we learned is once most of the graphics on the screen is paper-like, a few bits and pieces may be off, and it doesn’t destroy the overall quality provided you do it with caution.

Lack of realistic movements was both due to aesthetic choices and due to the 2D technology we used. But mostly because we wanted the interactions to be nonliteral, even symbolic, something left to the player’s imagination. But most of the characters are broken into multiple parts that move independently, so even a simple character bouncy movement is done, so each body part animates in a slightly offset way. Hopefully, it makes the simplified animations not so cheap.

Initially, we wanted to do more paper style animations, like paper unfolding or assembling, but in the end, we left only a few of those effects as we didn’t want it to distract from the gameplay.

We did a lot of studies about paper dioramas to see how light, shadow and textures work in real life. But the tools we used were fairly standard; Photoshop for concept art, drawing textures and 3d programs (Blender and 3ds max) to render the final sprites. Some GUI work and post-processing were done in Corel Photo Paint. 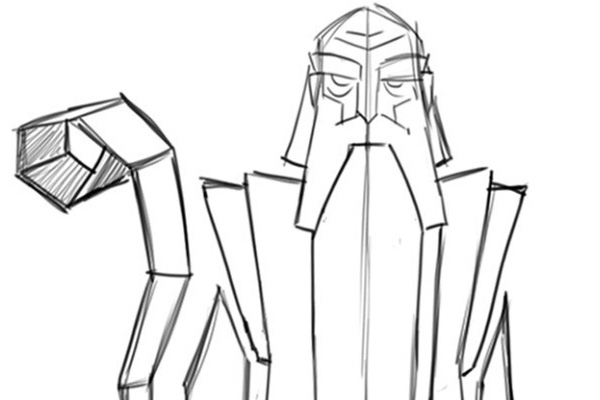 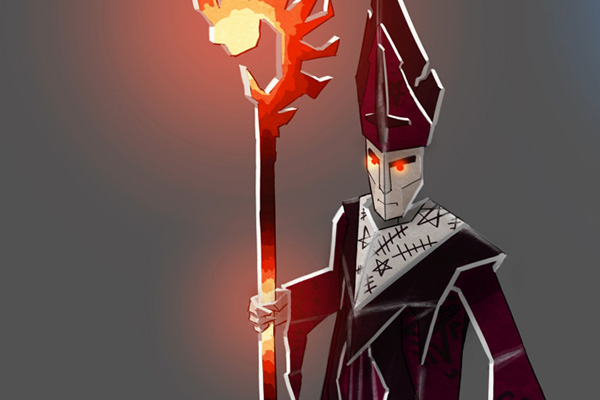 Once we made the decision about the look and feel of animations, there weren’t many challenges, just a lot of tweaking motion parameters to get the right feel. We don’t consider our work done. In many cases, the simple animations leave something to be desired, and this is where we need to add supplementary particle, lighting, and special effects to make everything more exciting.

Although we were very careful, we still have a few places where objects such as walls, columns, and props obscured the view and hid an important item. And since we’re a 2D game, there’s no option for the player to rotate the camera. This is something we’re actively working on.

What’s next for Thing Trunk?

The plan is straightforward – get Book of Demons out of Early Access, bringing it to other platforms (consoles, mobile) and developing the next games in the Return 2 Games series.

Is there anything you’d like to say to the players out there who are enjoying Book of Demons?

Big thanks from the entire Thing Trunk team to everyone for their awesome support. Keep sending feedback; we really do read it all 🙂

We’d like to thank Thing Trunk for giving us the opportunity to learn more about the development behind the art and animation of Book of Demons.