As strange as it sounds, one of the main reasons to switch from a 2D top-down game to a 3d first-person game was a marketing reason. One of the great challenges we had with Knight Squad was to get people’s interest. It was hard to convince people to even try the game because of its top-down 2D perspective. It also had a few design limitations mainly concerning the level design and the stealth mechanic.

The change happened very early, so early that we didn’t actually work on the 2D version outside of the game jam where we created the prototype. While the team was finishing working on Knight Squad and doing the maintenance, I started prototyping the game in a 3D environment. I was convinced that the design of the game was a perfect fit for a first-person perspective and I then had to convince the rest of the team with my prototype.

All the team knew that switching the game to a 3D perspective was the right choice but they also knew it wouldn’t be an easy task. The biggest challenge was clearly about the art production. We only had a 2D artist at that time and she was a bit afraid of making the jump to 3D. It would also mean to hire at least one more artist because making a 3D game also involves modeling, rigging, texturing, animating, etc. and our artist couldn’t handle everything by herself like she did with a 2D game. We all had to step out of our comfort zone but that’s what indie game development is all about so we all felt great about it.

Surprisingly, the perspective change doesn’t affect that much how the game is designed. All the core mechanics of the 2D prototype are still in the 3D version. The level design offers a lot more possibilities though because there were a lot of limitations with the 2D version. We had to keep the whole level within the screen size otherwise it would be unfair for the hunters if the robots could go outside of their view range. With the 3D perspective, there is no such limitation because you have full control on where you want your camera to look at. 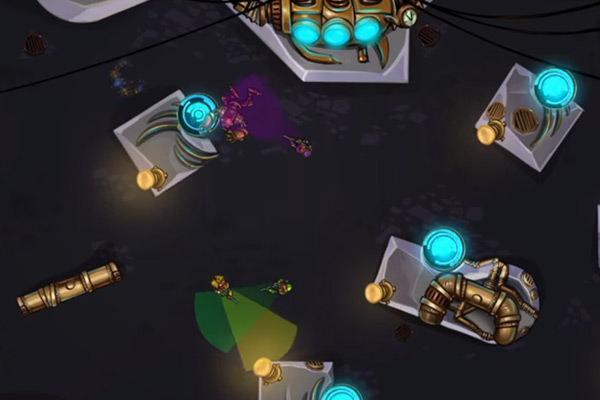 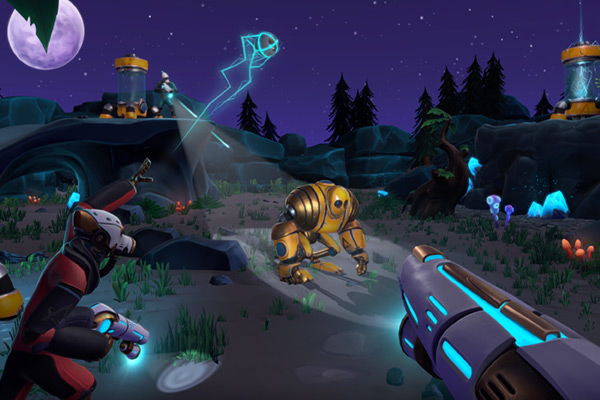 The game engine stayed the same, we are still using Unity. On the art side, things changed a lot. On the 2D project, we were only using Photoshop to create the sprites and the animations were done within Unity. Now with the 3D pipeline, we use ZBrush and 3ds Max for modeling, 3ds Max for the animations and Substance Painter for the texturing.

Our 2D artist learned how to create 3D models with ZBrush and how to texture them with Substance Painter and we had to hire a second artist to handle all the technical tasks like unwrapping, retopologizing, rigging, and skinning the models.

You must find a balance between how it will improve the game and how long and how difficult it will be. Always ask yourself if the time you will invest into that change is worth the improvement it will make to the game.

Movement in the 2D version was pretty straight forward like any top-down game and we kept it as simple as possible because we didn’t want it to be a challenge. Going 3D adds a lot of inevitable depth to the movement mechanics because the players can now jump and fall from the various obstacles in the environment. We still made it as simple as possible without limiting any physical interactions with the world.

The combat was the least interesting part of the 2D prototype. Aftercharge is a tactical game where you must hunt down your enemies and carefully plan how you will defeat them which is not a good fit for a twin stick shooter. We had to keep the rate of fire of the weapons very low to make sure the focus was about finding the robots and not shooting everywhere in hope of hitting one at random but it made the combat completely uninteresting. This isn’t a problem with the 3D perspective because it’s pretty much impossible to hit a robot at random even if you have the fastest submachine gun, so we can have a lot of powerful weapons without sacrificing the tactical and stealth aspects of the game. 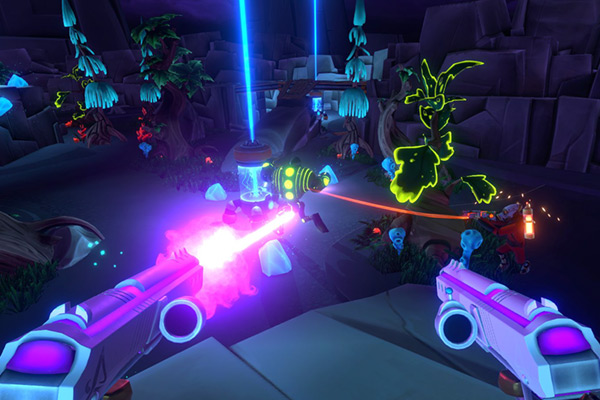 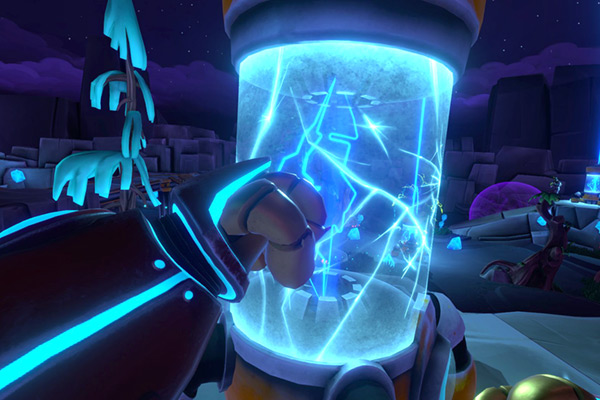 The Scale of the Game

If I had to give only one advice to someone getting into game dev, it would be to keep it small and as simple as possible. Creating a working prototype with all the basic gameplay features isn’t that long but going from that prototype to a game ready to be shipped to the consumers takes a lot more time than it looks. For Aftercharge, we kept the scope pretty close to the original vision and we try to keep it that way to make sure we stay on schedule. We added more depth and variety to the game by creating different character classes on each team and different maps but the core of the game stays the same.

Challenges and the End Result

Our biggest challenge was definitely the art production. Going 3D meant we had to completely change our production pipeline and hire new talents. We are really happy with the result so far. There was a lot of trials and errors at first but now that the production pipeline is well defined, the development process goes pretty smoothly. In the end, the change was totally worth it. The game feels and looks a lot better than what we had expected. It’s miles ahead of the 2D top-down version in terms of gameplay. I’m pretty sure everyone on the team agrees that it was the best decision we made for Aftercharge.