Besides reading a lot of sci-fi books, I drew inspiration from the fauna here on Earth. Within the conditions of our fauna, I’m always trying to come up with the most effective forms of survival. The essential features come from several animals, combined with features we invented. The rest, in terms of how creatures evolve and change during gameplay, was something we added; it set guidelines for every creature. I have the whole world in my head. I know exactly how the limbs of a creature that’s hiding, but also seeks prey, look. It’s a fantastic experience to have creative freedom to design these creatures!

The Concept of Genom

If a creature’s design made a lasting impression on a player, I achieved the balance between realism and originality. A creature needs to feel like an actual living being, which fulfils the realism aspect. Uniqueness is achieved by the fantastical features we added. In other words, the creature might be a real being on another planet. The creatures play a significant role in the game’s atmosphere. It’s a complicated and large-scaled process because we have to design the fauna of an entirely new world. 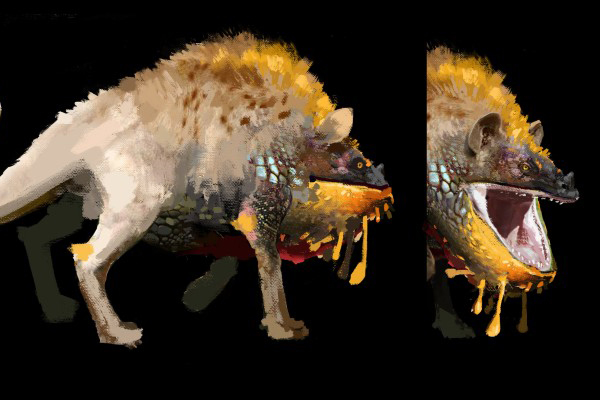 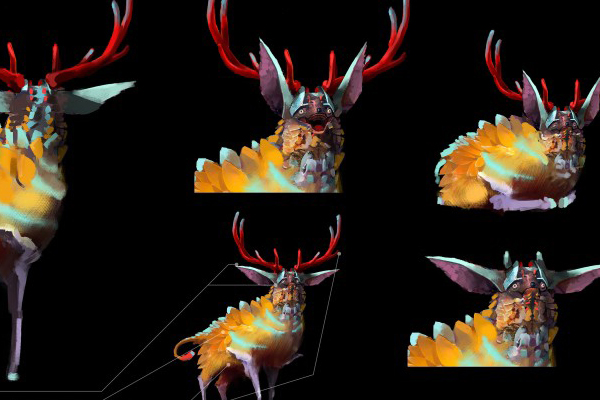 We’ve just completed the first set of entities for the planet. What we do with a creature, their ‘evolution’, is something we decide as we go along. We may wake up one morning and decide a creature is either ‘extinct’ or should evolve. I view every aspect with a critical point of view, and that is why changes may occur during the development stage or even when a design is near completion.

We make sure all concepts are final before the development stage, but modifications might be needed when we create 3D models. Because of this procedure, we usually don’t end up with scrapped or unused designs. We make sure every creature is reviewed thoroughly in the concept stage and only after its approval, is it sent to development.

Something that makes me proud is how the world of Project Genom exists in harmony- to see everything come together. Whether it stays that way depends on the decisions made by the player. Thank you so much and hopefully, I’ll see you in the game!

We thank NeuronHaze for taking us through their development process of creating creature designs.