The Wild Creature Designs in The Witcher 3

Hi, my name is Marek Madej. I’m working at CD PROJEKT RED as a Concept Artist.

Of course, the main inspiration was nature: animals, all kinds of them. The next big inspiration was Slavic mythology. Sometimes we took our inspirations even from other mythologies. A few times during the creature design we used “Slavic Bestiary,” a book by Polish author Paweł Zych.

One of the primary things we kept in mind when developing characters was could nature create them? We’d ask ourselves the question, “Can they even function if they’re living in a real world?” Of course, it’s a fantasy game, so sometimes it’s hard to follow this path, especially when magic is involved. In those cases, we thought the most important feature is the myth and birth origins of the creature. For example, with the “noonwraith,” there are the clothing remains; they suggest she died just before her wedding or even during it. Sometimes our creatures looked like caricatures, but only because they were pictured that way on the old prints. We did our best to recreate this atmosphere. 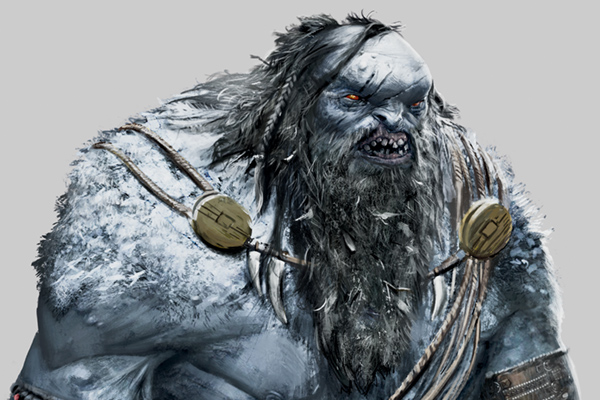 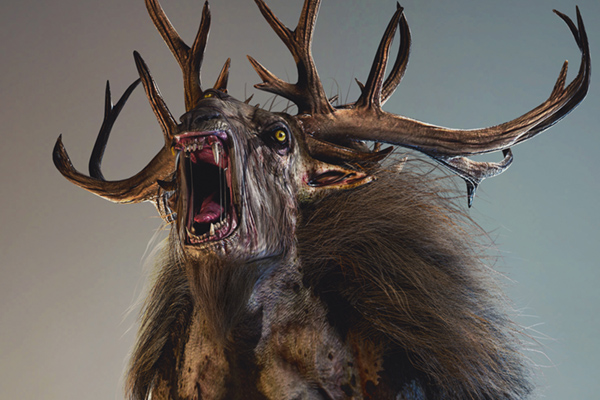 We wanted every monster to have a very distinct characteristic or something unique. I’m not talking about the general look but also the monster’s attributes or belongings. Of course sometimes, it was hard or not possible. Sometimes, they appeared in large groups, and the creatures had to be similar. Of course, we have a lot of classic monsters you may have seen before, but we tried to make them in a not-so-classic way. A perfect example is the Griffin or Cyclops.

Sometimes it happened we were trying to make the monster so scary it looked like it came from a horror movie, not a fantasy game. Every monster design had to match the atmosphere of the game. And we’re talking about a particular environment, created in a big open fantasy world. Not everything fit the whole concept.

As always the biggest challenge were the humanoid creatures. It’s a bit tricky not to make them look like a man in a costume. Also, the fundamental question I asked myself was, “How do I make a monster I’m working on unique? How do I get him to look different than every other created before? In most cases, we did something ‘very’ unique, in some ‘just’ unique.”

I’ve been working on many monster designs. It’s hard to pick one from all of them, but the one I remember best was The Frozen Giant. Maybe because it was one of the first I worked on or maybe because his design was challenging. It took me a long time. After all the characters I created, I’m still proud of the final effect of The Frozen Giant. It doesn’t often happen I feel that way! That makes me so attached to him.