join our newsletter
Composers Danny Bensi and Saunder Jurriaans behind For Honor
author Jerry Kline | March 29, 2017
Ubisoft’s For Honor pits Vikings, Samurai, and Knights against each other on the battlefield, either in a single player campaign or multiplayer modes.

Danny Bensi and Saunder Jurriaans were tasking with composing For Honor’s score and delivering a sound that would represent the various factions on the battlefield. We spoke with them about their experience composing the score for For Honor’s world.

Can you please introduce yourself and your role on For Honor?

For writing we have a studio in Manhattan filled with instruments. For any bigger recordings we use our friend’s incredible studio at Gary’s Electric in Greenpoint, Brooklyn.

What technology did you used when creating the soundtrack?

What’s your composition process like? Can you walk us through it?

Usually one of us will start an idea and then pass the session on to the other. We tend to write alone and then get together at some point during the day to talk over direction and process. 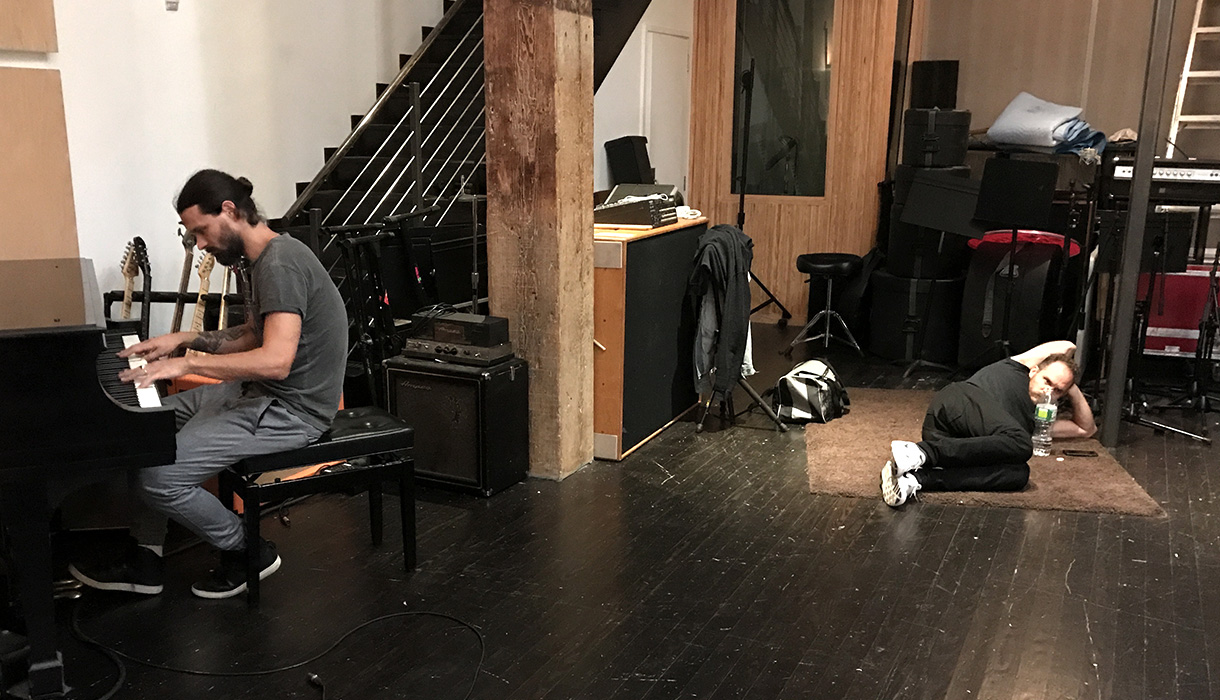 How closely did you work with the rest of the dev team?

We worked very closely with Benedict and Nicholas at Ubisoft. They were amazing.  They gave us amazing creative input, structural help, and walked us through the whole project from beginning to end.

How did you divide the work up for the project, and how did you decide who would work on what?

That just kind of happens naturally for us. Danny is a string player so obviously he gravitates towards string parts and/or bowed instruments. But for this score we both crossed over on just about all aspects of composition.

At what point during the development of For Honor did you start to compose the music?

We started one year ago (February 2016) just coming up with ideas and themes.

In a few words, what is the music of For Honor like? What can players expect from the game’s soundtrack?

Were any historical instruments used in the composition of the game’s soundtrack? If so, which ones? 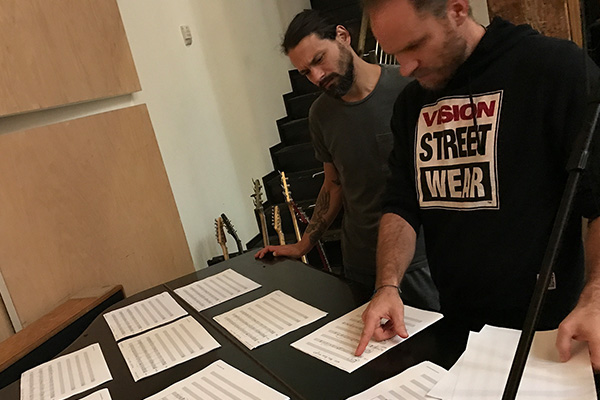 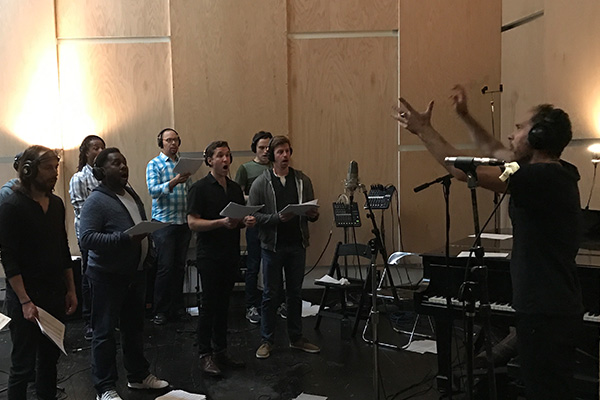 Are there different music cues for different actions in the game? If so, how does the player’s actions determine the cues?

Gameplay cues are usually drum loops that have different intensities as the game progresses. So when something happens (boss fight, winning, losing) more elements are introduced into the loop. Sometimes more drums but also tonal instruments building in intensity.

How is the music for each faction different from the other factions?

The samurai have strange undulating synth textures with melodies on the Shakuhachi flute and Turkish Oud. Their drums are Japanese taikos. For their horn blasts we used the Rag Dung (Tibetan Long Horns).

Vikings are mostly characterized by the Bazantar, a modified double bass with 29 sympathetic strings, created and played by Mark Deutsch. We also used the hurdy gurdy for some parts. We created a “guttural choir” by layering the voice of our friend Jesse Leach of the band Killswitch Engage. For the Viking drums we used a variety of South American, Native American and African drums, all of which have animal skin drum heads. Their horns are Swiss alpenhorns.

For Apollyon (the villain of the campaign) we mostly used a similar soundscape as for the Knights faction but we also added layers of distorted guitars.

Do different classes in the same faction have different themes? If so what makes them different?

No not really. Just generally evolving melodies but nothing too obvious.

How much original sound content did you record for the game?

All of the music is original and recorded on real, live instruments.

How long did it take to compose the soundtrack for the game?

What were some of the challenges you had to overcome when composing the soundtrack?

The drums in For Honor needed a very specific sound. They needed to feel REAL (like on a battlefield) but also be larger than life!

So we recorded them outdoors to try and get the sound as authentic as possible. Anyone who is involved in recording knows this is extremely tricky! If we were to just record in a field it would sound flat and dry – the sound goes in all directions and dissipates easily.  It’s very difficult to capture the full sound on a microphone outside. There’s also wind, insects and neighbors to worry about!  We ended up finding a property in Pennsylvania that had some structures on it around where we would place the drums, this way there would be different reverberations, delays etc… It took a lot of testing mic placements and drum placements to find the right sound, but in the end we got something truly unique. The drums have a very “outdoorsy” and natural ambience while still sounding massive and powerful. 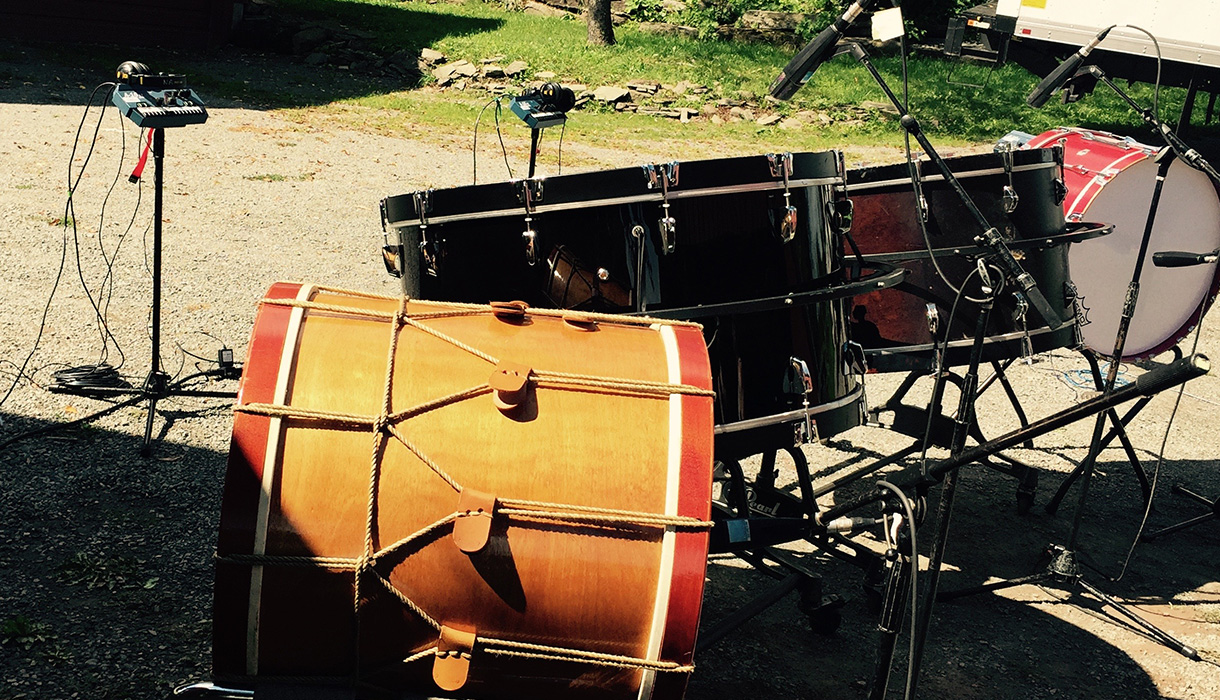 What makes For Honor’s soundtrack different from other projects you may have worked on?

Haha just about everything! The different themes and sounds for each faction, the emphasis on big drums…like nothing we’ve ever done before!

Is there a particular piece on the soundtrack that you are proudest of? Which one and why?

Just very proud in general of the score as a whole. It was such a huge project in every way. Once things started coming together it was really spectacular.

Saunder: My favorite music was probably all the Viking stuff – they ended up being pretty rock and roll! I always called them the Led Zeppelin of the For Honor world!

Danny: I like the main simplicity and religious feel of the theme for the knights.

Which part of the process in creating a game score is the most fun for you?

There’s so many amazing parts of the process it’s hard to choose. For me (Saunder) it’s the initial period of idea-generating, where you have the freedom to write and experiment. It’s also amazing to finally realize some of the mocked up music into real recordings. For me (Danny) recording the layers of choir (13 basses and baritones) was particularly fun!

What did you learn while working on For Honor?

Well we learned how to record drums outside and turn a vacation home into a studio! This project also taught us a lot about workflow and how to stay organized so we didn’t become overwhelmed. Simple things like file hierarchies and spreadsheets make a HUGE difference in keeping peace of mind to get through a project like this.

We thank Danny Bensi and Saunder Jurriaans for doing this interview!